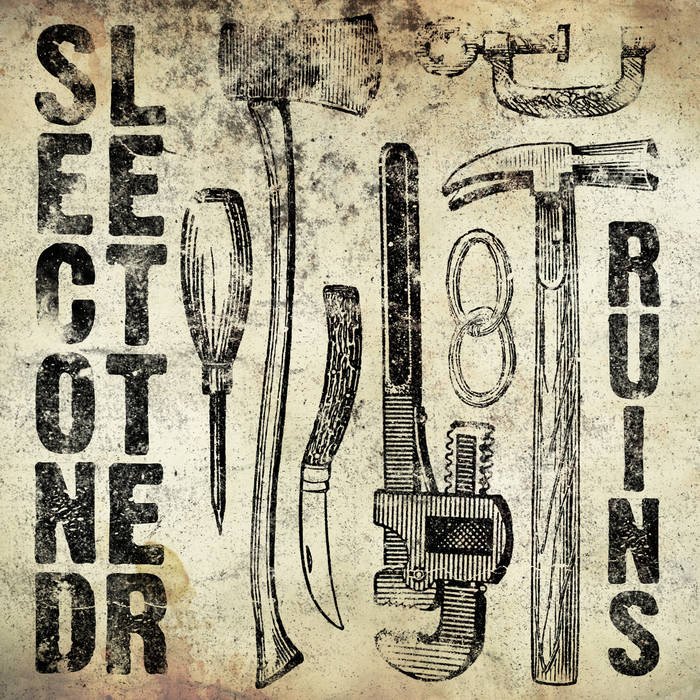 Second Letter is just over a year old, but its origins can be traced back to the earliest days of hardcore, and post-hardcore, on both coasts. All influential in their own right, in their particular scenes and beyond, the three core members of the band, Rob Haworth, Jim Kimball, and Pete Moffett, share a resume that easily qualifies them for “supergroup” status… but none of them would willingly admit that.

Collectively, the three core members have played with (or in): Inside Out, Government Issue, Wool, Retisonic, Farside, Hard Stance, Burning Airlines, No For An Answer, J Majesty, State of the Nation, and several more notable acts from the genre. While this CV is impressive in its own right, their list of collaborators in the studio, is equally as expansive and historically resonant. Depending on the recording location, Second Letter has been joined by Matt Kane (of Unwed), Chuck Treece (of McRad, Bad Brains), and Fred Mascherino (of Breaking Pangea, Taking Back Sunday, Terrible Things). Carin Smith and Chris Woodhead (of Old Arrows) both feature on different tracks, and round out the exciting new lineup as the band moves towards their first live dates this summer.

"Ruins," the new release by Second Letter, showcases a different world of melodic darkness, that helps to reframe their initial, slower release, "Dead Emblems." With chants in the chorus of “ruins of our remains,” Haworth points out that whatever part of humanity is left at this stage continues to deteriorate through the sick relationship we keep with the dying, yet seductive capitalist system. A huge backdrop of powerful drumming, coupled with an interesting layering of keys and guitars over the top, calcifies the song's message, and neutralizes the acidic, sardonic notion that resistance is futile. The song reminds of us Kevin Dunn’s quote from years ago, “punks are right: the world is fucked up, and we need to do something about it!”