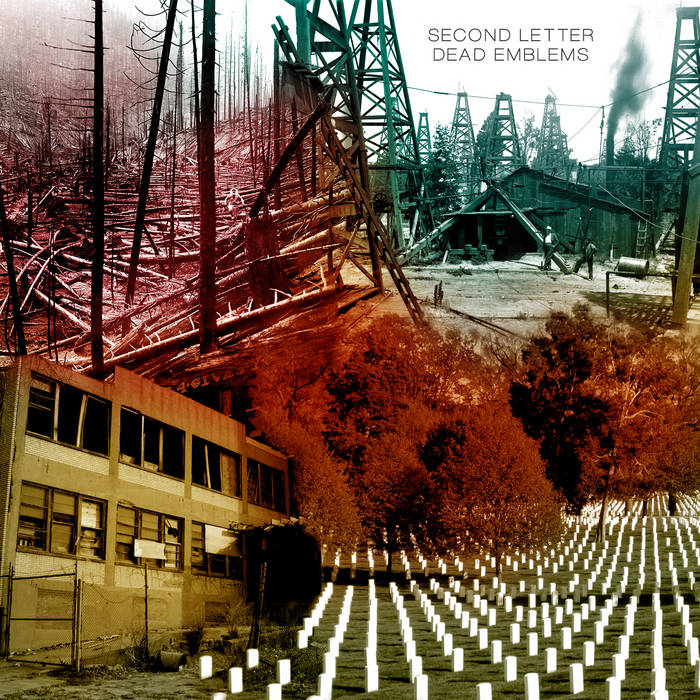 Second Letter is only a year old, but its origins can be traced back to the earliest days of hardcore, and post-hardcore, on both coasts. All influential in their own right, in their particular scenes and beyond, the three core members of the band, Rob Haworth, Jim Kimball, and Pete Moffett, share a resume that easily qualifies them for “supergroup” status... but none of them would willingly admit that.

Collectively, the three core members have played with (or in): Inside Out, Government Issue, Wool, Retisonic, Farside, Hard Stance, Burning Airlines, No For An Answer, J Majesty, State of the Nation, and several more notable acts from the genre. While this CV is impressive in its own right, their list of collaborators in the studio, is equally as expansive and historically resonant. Depending on the recording location, Second Letter has been joined by Matt Kane (of Unwed), Chuck Treece (of McRad, Bad Brains), Fred Mascherino (of Breaking Pangea, Taking Back Sunday, Terrible Things) and Carin Smith (of Old Arrows) on different tracks.

For “Dead Emblems,” the band’s debut single, Second Letter is Haworth on guitar and vocals, Matt Kane on Guitar, Pete Moffett on drums, Jim Kimball on bass, and Carin Smith on piano. Sonically, this song is “huge rock” in its arrangements and dynamics, and could easily creep its way onto a lot of different playlists. Lyrically, the song is academically poetic, which should come as no surprise, given Dr. Haworth’s turn towards academia two decades ago, and that the band’s moniker harkens a chapter in one of Paulo Freire’s book. If you’re a fan of any number of the member’s previous bands, you owe it to yourself to check this one out.